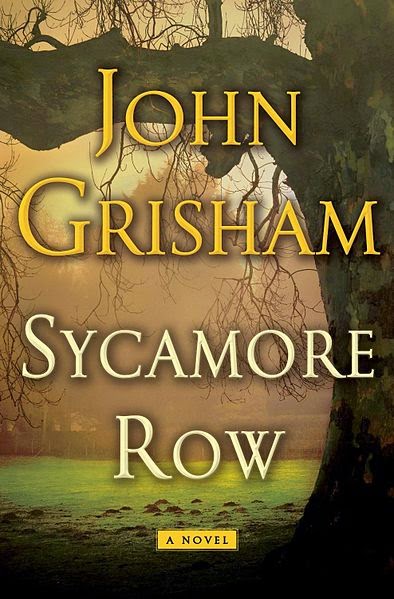 Just completed reading John Grisham’s novel Sycamore Row. This is the first time reading a legal thriller of John Grisham. The protagonist of the novel is Jake Brigance a lawyer of Ford county.


One Mr.Seth Hubbard a timber tycoon, leaves a holographic will to Jake which renounces the existing will. In the new will he gives 5% of his estate to a Church and 5% to his long last brother Ancil Hubbard and the remaining 90% to his black house keeper (maid) Lettie Lang. The legal heirs of Seth Hubbard confronts the holographic will with their lawyers.

Story takes momentum during second half of the book, the court battle yields many twist and turns unpredicted which keeps us to read further and the book becomes unputdownable. It looked that Jake is losing in all ends but a major twist happens when Ancil character is introduced and his deposition which wins the case for Jake. Finally we get to know why Seth Hubbard hanged in that particular tree and why he gave all his wealth to his house keeper though he had heirs to his estate.

Some notable lines from the novel:

Seth Hubbard in his letter to Jake “fight it to the bitter end”.

Jake in court house “You’re ignoring what the old man wanted. He was very clear, both in his will and in his letter to me. He directed me to defend his handwritten will at all costs, to the bitter end.”


Jake before the jurors “Now, as I said, it’s not your job to give away Seth’s money, or to decide who should get what or how much. However, it is your job to determine if Seth knew what he was doing”.