Sir Roger Moore and Gareth Owen co wrote a book titled, Bond on Bond, it is the ultimate book on 50 years of Bond movies. The book lives to its expectations. Published by Michael O’ Mara Books Limited, year of publishing 2012, ISBN 978-0-7627-8969-6 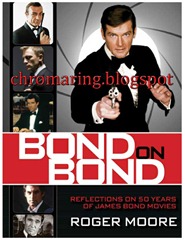 The book had bond hilarity thanks to Roger Moore’s style. I give one instance his witty humour, during the climax for the film For Your Eyes Only, the monks protested for the shooting, “On location: I tried to reason with them, saying I’d once been a saint, but that didn’t go down too well. Cubby intervened and made a charitable donation, which seemed to placate their worries more readily” 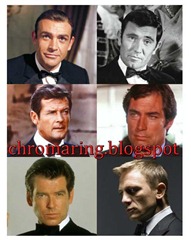 The book is written in chapter wise:

Bond on Beginnings : How the character was created, the name of the character James Bond borrowed from an American ornithologist, little information about Bond childhood etc. 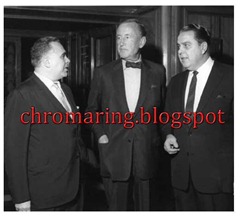 Bond On Gadgets : Various gadgets provided by Q to James Bond for his projects, the book showcases the original props such as  A radio transmitter housed in a hairbrush, the attaché case in From Russia With Love, the miniature spy camera from On Her Majesty’s Secret Service, tracking devices from The Goldfinger, the bug detector, the Nikon underwater camera from Thunder ball, Seiko watches, the Golden gun from the movie The Man with the Golden Gun, tracking pill from Thunder ball, Laser Gun and Wrist Dart gun from Moonraker, Walther P99 from Tomorrow Never Dies. 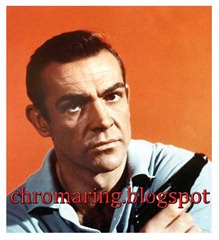 A birth of an icon: a very early publicity shot of Sean Connery as OO7

Bond On Style: The chapter includes the costumes and the makers and vodka Martini.

Bond On Location : Roger Moore lists the picturesque locations of every Bond films some comes to my mind is The James Bond Island named after the shooting of The Man With The Golden Gun.

Bond On Bonds : From his own words about the actors who recreated Bond on screen. I was often asked, ‘who is the best Bond?’ ‘Apart from myself?’ I modestly enquire. ‘It has to be Sean.’ Sean was Bond. He created Bond. He embodied Bond and because of Sean, Bond became an instantly recognizable character the world over – he was rough, tough, mean and witty. Of course, it was an alter ego he didn’t always appreciate, but it was one I’d like to think he is ultimately proud of – as he was a bloody good 007.

Bond Behind The Scenes : The people behind the Bond film, Roger writes, there are a huge number of people involved in each Bond film, hundreds in fact. From the producers (who raise the money), directors (who spend it) and writers (who imagine more elaborate ways to spend it than the director could think of last time) to the assistant directors, cameramen, sound recordists, props, continuity, editors, stunt team, production managers, oh and yes, the actors.

Bond On Screen : Roger Moore lists out the premiers of every bond film.

This book is must for all the Bond aficionados.