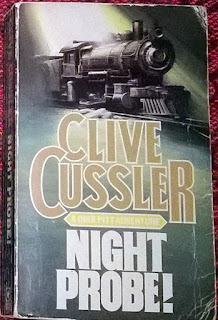 Night Probe : An old diver's term for exploring the dark of underwater caves.

Heidi Milligan discovers of an old crumpled letter in a university archive which leads into obscure and long lost document of North American Treaty. In early 1914 the British were aware that war with Germany was just around the corner. Britain was scraping the bottom of its treasury when it entered World War I. The Prime Minister Herbert Asquith and King George V out of desperation approaches President Woodrow Wilson with a proposal of selling Canada to the US for 1 billion dollars. Richard Essex, Under Secretary of State under William Jennings Bryan and Harvey Shields, Deputy Secretary of the British Foreign Office drafted the North American Treaty. United States loaned 150 million dollars for war effort which was a down payment. 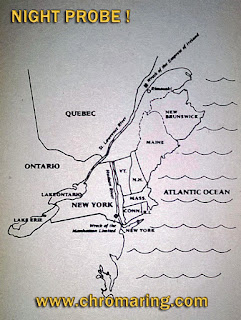 Before the Treaty comes into force the two copies of the document were lost to time, after Harvey Shields traveling in Empress of Ireland collided with a coal collier sinks and subsequently another copy of the document with Richard Essex, traveling in Manhattan Limited train falls from the Deauville-Hudson bridge killing everyone.

Heidi has a crush with old man Brain Shaw who is actually a spy serving on her Majestic secret service. Without knowing the consequences Heidi tells him about North American Treaty and as well as with our hero Dirk Pitt. 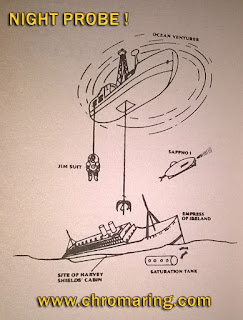 The President of the United States facing a power crisis gets to know about the treaty through Dirk Pitt. He orders Pitt to salvage Empress of Ireland and Manhattan Limited. NUMA team starts their work. 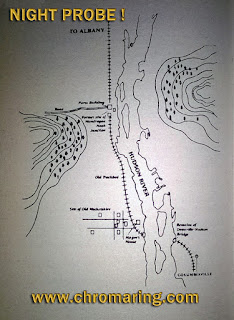 Did Dirk Pitt succeeded in finding the document from Empress of Ireland and Manhattan Limited? What happened to Charles Sarveux, his cheating wife Danielle, Henri Villon and Brain Shaw? The mystery and suspense is revealed in the subsequent chapters by Ace story teller Clive Cussler.

A fabulous story entwined with greater suspense. I thoroughly enjoyed the novel. In every story Dirk Pitt encounters his evil adversary. But this adversary is a patriotic spy, Brain Shaw. Both respect each other, to me Brain Shaw resembled aged James Bond having same characteristics charm and seduction. In the final pages Pitt mentions to Brain, that James Bond will be proud of Shaw and they were quite close.

Like other novel I noticed some one liners of Pitt which I want to quote:

And you, Mr.Pitt, would you agree?

Pitt closed his briefcase and stood up. I'm a marine engineer, Mr.President. I steer well clear of political involvement.

First encounter of Pitt with Brain Shaw, Pitt after saving Shaw from the death grip of Foss Gly.

Who are you?, he mumbled.

Strange, you don't look like the devil. Shaw had never doubted where he would eventually wind up.

On previous encounter Harrison Moon was tossed by Pitt when he was not allowed to meet the President in the White House. After knowing about Pitt, Moon meets Pitt in old car auction.

Pitt turned and looked into the babyish face of Harrison Moon IV.

Funny, Pitt said without surprise, you didn't strike me as the type who would be interested in old cars.

Pitt gave him an amused look. If you're gay, you're wasting your time.
Posted by Roop
Email ThisBlogThis!Share to TwitterShare to FacebookShare to Pinterest
Labels: canada, clive cussler, dirk pitt, empress of ireland, night probe, north american treaty, us