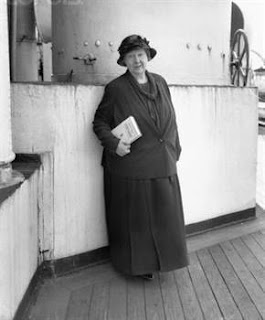 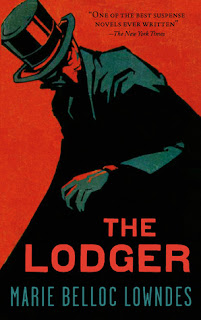 I have to thank my friend Leah who recommended this book. The novel is mystery and psychological thriller, written by Marie Belloc and the story is turned into Hitchcock directed silent film "The Lodger". Since I liked Hitchcock movies, I bought this kindle edition.

The story is Mr.Bunting and his wife Ellen have a lodge and they are in a desperate need of money to survive. The arrival of Mr.Sleuth as a lodger first appears to be a blessing for the Buntings but later it turns out to be a curse because series of murders occur as intoxicated women are killed by a lanky man carrying a brown bag. 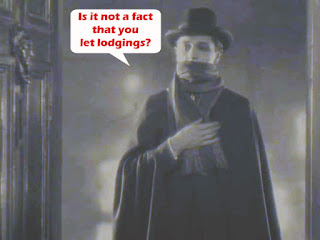 An image from the movie "The Lodger" courtesy you tube website

The description of the murderer makes Mrs.Bunting to consider that the lodger should be the serial killer. As the days roll by, Mr.Bunting also comes to the conclusion that their eccentric lodger is the murderer. Is their opinion right? Or the arrival of Mr.Sleuth and murders are just a coincidence?

A superb psychological thriller the author narration conveys our own thoughts, especially Mrs.Bunting, a woman who is very clear headed and having a good memory. There are less number of characters in the novel, recurring characters are Mrs.Bunting, the Lodger, Mr.Bunting, Joe Chandler (attached to the detective section of the Metropolitan Police) and Daisy, daughter of Mr.Bunting. Apart from the main story each character have their own problems and conflicts.

Of all these characters the Lodger and Mrs. Bunting captured my attention. At the end I felt pity for them, the sleep deprived Mrs.Buntings, her contemplation, her inability to share her thoughts are worth mentioning, the highlight is that her attentive observation on her lodger from his sneaking out from his room in mid night and return. The author has used a powerful statement to show how pathetic her condition is, "She lay thinking and listening –listening and thinking".

I liked to quote one line from the novel:

"Any ordeal is far less terrifying far easier to meet with courage, when it is repeated, that is even a milder experience which is entirely novel".

Highly recommended for those who like mystery thrillers. After reading this it is best to watch Hitchcock's version of "The Lodger".
Posted by Roop
Email ThisBlogThis!Share to TwitterShare to FacebookShare to Pinterest
Labels: Marie Belloc Lowndes, mystery, the lodger movie, the lodger novel, thriller