I express my gratitude to Net galley for providing me a copy for reading and reviewing of this fantastic treasure trove of information on SOE (Special Operations Executive) brought into force by the then England Prime Minister Winston Churchill in 1940, the main aims of SOE is to intent on sabotage and subversion behind enemy lines, to spark revolt, and undermine Hitler's Europe from within, prevent enemy reinforcements reaching the beachhead by road, rail and air, the disruption of enemy signals communications in and behind the battle area, attacks on enemy air personnel and aircraft, the disorganisation of enemy rear services by the spreading of rumours and counter-sabotage.

After explaining in detail about the initiation of SOE from the scratch, the author David Stafford narration of events one by one is super fast and it was like watching a war documentary. The book is full of stories which concentrates mostly on the agents of SOE's activities in occupied Europe.

The agents of SOE were trained in shooting, unarmed combat, handling explosives, wireless-transmission, camouflage and more, they been taught how to face interrogation if get caught.

Not only sending agents for sabotaging they took much care in the dress also, one person who worked in the dress department tells about the alterations needed for German and British dress the seams, the enormous difference between the side seams, the shape of the cuffs, the difference in position of the button hole on the under collar. They also forged documents, money and made new notes to appear as used one. 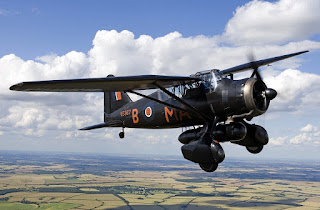 At the beginning sending of agents into German occupied country was not easy as they were not airdropped, they have to been transported in small boats and ships. As the success rate of SOE increased the expected importance was given.

SOE peaked in size at the time of the D-Day landings when some 10,000 men and 3000 women worked for it around the globe. Of these half the men and perhaps a hundred of the women had also served as secret agents behind enemy lines or in neutral countries.

Some of the activities of SOE's are given much importance such as taking over of one Italian and one German ship in neutral territory, agents of SOE (Knut Haukelid, Fredrick Kayser, Kasper Idland, Hans Storhaug and Brig Stromsheim) coup at the heavy water plant in southern Norway there by delaying progress in German research on the atomic bomb, the operation in destroying the via duct in Gorgopotamos and adventures of the secret agent Pierre Lalande and worth mentioning.

The author has pointed out the mistakes done by SOE in sending messages which were intercepted by the Germans and one full chapter is about the worst mistake of SOE, Englandspiel the name coined by the Germans.

The book is full of heroism, I recommend this to the world war II buffs and also the number of pages is under 300 and can be finished in one sitting.
Posted by Roop
Email ThisBlogThis!Share to TwitterShare to FacebookShare to Pinterest
Labels: Churchill, david Stafford, Germany, heavy water, non fiction, secret agent, soe, special operations executive, world war II