First of all I have to thank Thistle publishing and Net Galley for giving me a copy to read and review this superb book written by Robin Cross. 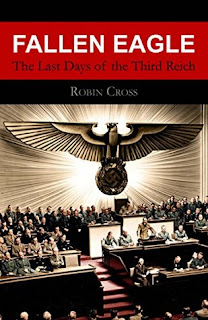 The book has an exhaustive account about the last days of the Third Reich. From the reading we can understand how much the author has took pain in collecting the relevant information of the Second World War, the heroes & zeros of the war, types of war machines used and in depth detail to the Corps level. 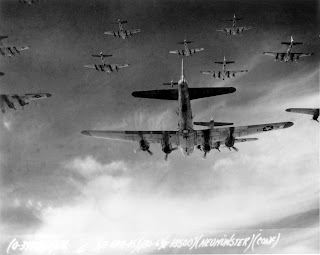 Boeing B-17 Flying Fortress (daylight bombing) picture comment from Wikipedia, B-17 Flying Fortresses from the 398th Bombardment Group fly a bombing run to Neumunster, Germany, on April 13, 1945, less than one month before the German surrender on May 8

The author's description about Hitlers status is riveting "In the summer of 1942, Hitler had sat at the centre of a vast communications web stretching from the Atlantic coast to the Caucasus. Now his links with the outside world had dwindled to a switchboard of the size required to run a modest hotel, one radio transmitter, and one radiotelephone link with the OKW headquarters at Zossen, fifteen miles south of Berlin". 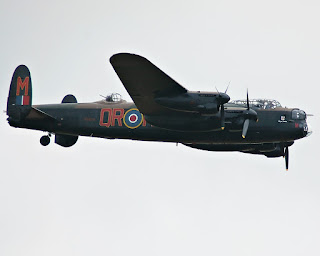 The author has cleverly placed journal entries, letters and documents, which gives an authenticated look but sometimes they might turn a bit odd and feels us to skip. I like to quote one account given by Janina Bauman, who had escaped from the Warsaw Ghetto in 1943 and was living on a farm when a German soldier was hiding in her farm.

…. Just before dusk I went out to fetch some wood. In the semi-dark shed, crammed with logs and tools, something stirred. I sensed a human presence. I pushed the door wide open to let more light. Only then did I notice a flap of field-grey military coat sticking out from the between two logs. Calmly, I locked the shed and ran back to the cottage. In the kitchen, Mrs.Pietrzyk, tired and worn after the restless night, was busy cooking. Gasping for breath, I told her what I had seen. But she was not surprised. She already knew. Staring full in my face with her ancient, all knowing eyes, she said, as if quoting from a holy book, 'Whoever comes under my roof seeking shelter, no matter who he is, no matter what he believe in, he will be safe with me'. In a flash I understood. Shocked, I watched her fill a tin bowl with hot dumplings and pour pork fat over it. 'Hold it child', she screeched in her usual way. "Take it to him'. As if mesmerized, I blindly obeyed and went back to the shed. It seemed as deserted as before, even the field-grey flap had disappeared. I stood benumbed, the hot dish burning my fingers and filling the air with a strong smell of food. There was a brief commotion behind the pile of logs and unkempt head suddenly popped out. I saw the pale face of the German, a boy rather than a man, staring at me in terror. He grabbed the steaming bowl from my hands and fell on the food with unspeakable greed. He was still trembling from hunger and fear. For a long while I watched him blankly. I felt no pity, no hatred, no joy.

The author Robin Cross has given vivid account on the rivalry between Zhukov and Ivan Konev and how Stalin utilized their rivalry for his goal. 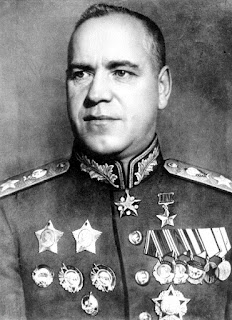 Zhukov: In World War II he participated in multiple battles, ultimately commanding the 1st Belorussian Front in the Battle of Berlin, which resulted in the defeat of Nazi Germany, and the end of the War in Europe. 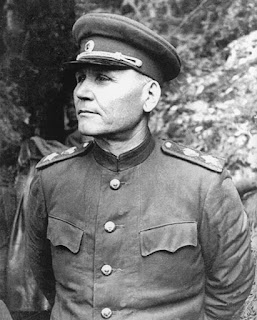 Ivan Konev : He was a Soviet military commander who led Red Army forces on the Eastern Front during World War II, retook much of Eastern Europe from occupation by the Axis Powers, and helped in the capture of Germany's capital, Berlin. 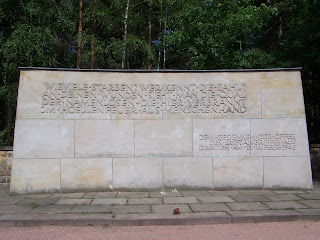 A soul stirring account of the bombing of 7th largest city in Germany, Dresden, was provided in the book. The author has mentions the people behind the operation and ends that chapter with quotes from cemetery Heidefriedhof in Dresden:

"How many died? Who knows the count?; In your wounds one sees the ordeal; Of the nameless who in here were conflagrated; In the hellfire made by hands of man". 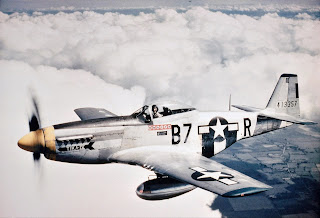 The book ends at 88% and the remaining 12% is about Appendix 1 Key Items of Weaponry, Appendix 2 Notes on Personalities (which is more important as some might find difficultly in finding who the person the author mentions about) and select Bibliography.

I thoroughly enjoyed the book, with 500 pages this book is must for World War II enthusiasts.