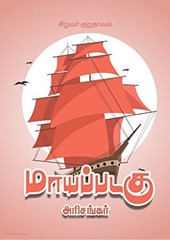 Fantasy themed short story. Not bad, taking into consideration that this story was written when the author was 17 years old, we have to praise his fertile imagination.

I came to know about this book through Men’s Adventures Paperback from the Facebook group. My first reading on the western genre, written beautifully by Robert Vaughan, friends from the group had told me that he was one of the under rated, prolific writer.

The hero of the novel is an old man named Cade McCall. One writer Owen Wister visits his palatial home to write his biography. And the story is revealed through the pages of the writer.

Cade McCall life changes when civil war breaks, he enlists in the army leaving his love life. After surviving the battle he was captured and held in prison camp. There he makes friends with Jed, Pogue and Dolan they became inseparable. They hatch a fool proof plan for escape but someone in their circle leaks and Cade gets the punishment. After the war he was released he goes back to his home to find that his lover had married his brother believing Cade had died in the war. 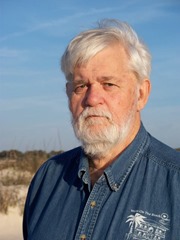 The author of the book Robert Vaughan

As the life turns sour Cade leaves the house and helps his brother in paying the mortgage. On the way Cade was abducted from a bar and made a sailor against his wishes. When the time came Cade escapes from the clutches and became a free man. Destiny makes him a drover, there he finds Abilene a city without law. He fights the villains and uphold the law. The ending is so fast and I was not satisfied because much of Cade’s story is not fully narrated then I came to know at the end that this is a part of his adventure.

The story has all the action, romance and suspense. I liked the book and eagerly waiting to read other books on McCall.

Benjamin Franklin: A Life From Beginning to End 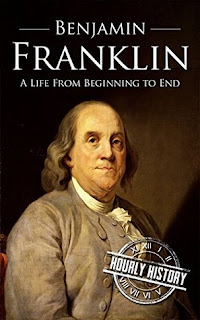 Many years back I have read his biography. This book recalled most to my memory. The book provides lot of information on one of the Founding Fathers of United States of America, Benjamin Franklin.

Hourly History does a great job of offering small and concise book on famous people. Kudos to their tireless work.
Posted by Roop No comments:
Email ThisBlogThis!Share to TwitterShare to FacebookShare to Pinterest
Labels: benjamin franklin, founding father

Couple of days back I received a copy of Theatrics, a graphic novel from Net Galley in exchange for an honest review. Written by Neil Gibson, illustrations by Leonardo Gonzalez, Jan Wijngaard colorist and Jim Campbell letterer. 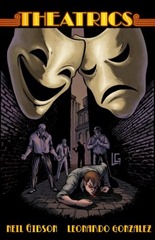 The story is not that much complex but the story is well narrated via panels. The hero of the novel is Rudy Burns, tall, handsome and attractive Broadway actor. One night while coming out of a bar he was attacked by ruthless criminals. Rudy retaliates but he was assaulted from the back, pounded mercilessly by the thugs.

Rudy wakes up to find he had lost his good looking feature which is very much needed for Broadway. From then on he comes to know he has lost his money, girl friend and his home. Nobody gives him an opportunity. Finally like every beaten soul he makes up his mind for suicide. Before trying to kick the chair Rudy sees a mail and reads it, which tells him how hard he had come up in the life.

Rudy changes his mind, Sammy gives him a idea to become a boxer. Little bit hesitation first then Rudy understands that taking up boxing is also a kind of acting. Sammy creates a myth that Rudy now known as Barbarian Count. 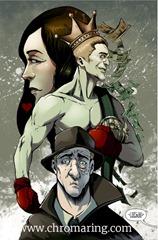 And Sammy utters these golden words:

“What everyone really wants is not just a story, but a distraction from their tough lives. They want to escape. It’s why they drink. It’s why they read. It’s why Broadway is so popular. It lets people escape. People want to be entertained”.

“You look like a monster, but you care like a father. You’ll scare the opponents, but charm the punters”.

Rudy Burns life turns as he wins matches one by one, his career graph finally shows a upward curve. Now Sammy pushes Rudy further by making him fight with famous boxers, with that ends the first volume of the novel.

In the final pages the author has given some examples of how the graphic novel is done and what fine tunings they have to do before final print.

The artwork and coloring are excellent. The artwork for Rudy Burns character before and after the accident and panel showing the life of Rudy from the tears (the image which I have given below) are worth mentioning. A good method they had followed is instead of giving chapters they separated as Act 1 and Act 2. 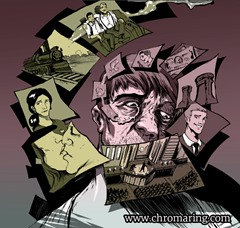 An entertaining graphic novel set in 1920s. I enjoyed it very much. 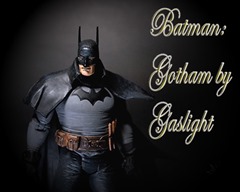 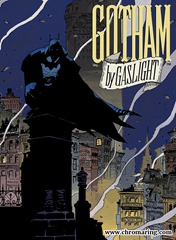 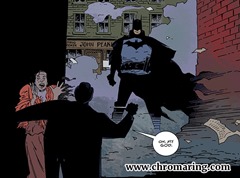