In my college days though my major is Botany, I always hang around the history section in the library. Whenever I take huge bound history books my librarian will question me why you are borrowing these books, is this going to help in your botany studies, I simply say it is one of my interest. Sometimes he will not allow me to take history books. One such book is this green bounded Ancient India 2000 B.C. to 800 A.D., authored by Romesh Chunder Dutt, C.I.E., I.C.S, Barrister at Law, Fellow of the University of Calcutta, Member of the Asiatic Society in Ancient India and the book was published in the year 1904 five years before his death. And also the book was published before the discovery of Indus Valley Civilization. 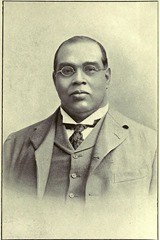 One of the Chennai book club members gave the link for this book. The first chapter itself was not satisfying as the author has mentioned that the dark skinned aborigines are barbaric in nature and they lacked civilization, come on, do the Dravidians are uncivilized in 2000 B.C. We were a greatly civilized, peaceful people with rich culture and loved our language we can give lot of examples from the poems of Tamil Sangam Age.

Apart from his biased writing he has given much importance to Northern India from 2000 BC to 800 AD. After the decline of Vardhana rule that is Siladitya II (Harsha Vardhana) he mentions that India went into dark ages for 200 years until the rise of Rajputs. So here also he did not touched the rise of Chola, Pandya, Pallava rule and their architecture. The book should be titled as Ancient Northern India, 2000 BC - 800 AD, instead of Ancient India, 2000 BC to 800 AD.

I like to quote some of the lines from the book.

1. Hindu women in these ancient times had their legitimate influence on society. Child marriage which is now practiced in India, was unknown then, and the stories of the epics which we have narrated will show that royal princesses were married after they had attained womanhood. The marriage of widows which is now prohibited among Hindus was allowed in ancient times, and the rites which a widow had to perform before she entered into the married state again are distinctly laid down. Marriage among blood relations to the third or fourth generation was prohibited.

2. The history of the Hindus begins with their settlement in the Punjab and their conquest of that province from the dark skinned aborigines. This war of conquest and colonization went of for centuries.

In the Vedic age the Hindu Aryans conquered the aborigines of the Punjab and settled on the banks of the Indus and its tributaries. In the Epic Age they founded powerful kingdoms in the Gangetic Valley as far down as Behar.