The war, though we dislike it quite a bit, is sometimes laughable, you must admit – A.P.Herbert Badogliovski.

I like to thank Thistle publishing for sending me a copy of Weird War 2 for reading and review. The book is around 166 pages and can be read in one day but reading a chapter a day is best method to remember most of the known and unknown events presented in the book.

The author Richard Denham in the start has provided a concise summary of pre war and World War 2 events which will familiarize the reader.

As I said earlier there are many events which will escape from our memory. Below are some that I can recall. 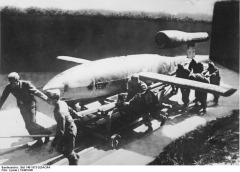 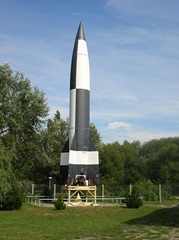 V2-Rocket in the Peenemünde Museum

A little about Operation Mincemeat the most successful deception of the war which saved thousands of Allied soldiers lives. 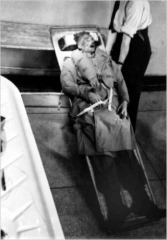 The Weird War 2 book does not have only the gory and humorous side of war but also a heart touching story, chapter on Bride of Belsen, a British soldier during the end of the war entered the concentration camp in Bergen Belsen and he came across a skeletal woman named Gena, he told to himself that this is the girl he is going to marry. Later that soldier married her and they lived happily with three children. Gena is known as the Bride of Belsen.

A soldier who had the opportunity to kill Hitler in World War I and he  did not pull the trigger as he felt pity on seeing the condition of injured Hitler. Later he regretted.

The humorous side of the book, Russians plan of using dogs to destroy the German tanks. The dogs fitted with explosives were sent to blow up, instead most of the dogs returned to the owner thereby killing the soldiers. An US invention of Bat bombs which did not go well according to the plan. Ghost armies, creating an illusion of assembling of armies with mock tanks and other arsenals to deceive Germany.

A weird fact that Tsutomu Yamaguchi is the only person acknowledged by the Japanese government to have survived the nightmare of the atomic blasts of both Hiroshima and Nagasaki. And a Japanese soldier who did not know that the war has ended still fought the US for a decade and surrendered.

Another unknown event is after Germany surrender, the allies and the Germans fought together to capture one castle.

A good book for world war II buffs, to gain more info it is advisable to re-read the book.