I have to thank Leah for her beautiful review of Fatherland which piqued my interest in alternate history. 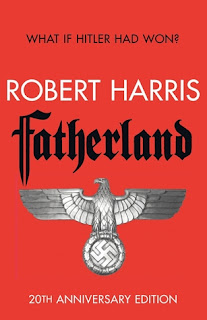 The story is police procedural and based on the alternate history, if German had won the Second World War, the protagonist Herr Sturmbannfuhrer Xavier March, homicide investigator with the Berlin Kriminalpolizei, he previously worked in Kriegsmarine during WWII, married to Klara had a son named Pili, after promoted to Berlin his marriage failed.

On April 14th 1964 he was called to investigate the death of an old man with a missing foot.  Upon verification that old man was Buhler a senior civil servant who was close to Hitler. All of a sudden the case from him was withdrawn and given to Gestapo headed by Odilo Globocnik also known in SS as Globus. But March voluntarily starts to investigate with help of his friends.

Then another case comes up now it is Doctor Wilhelm Stuckhart who was also a senior civil servant and close to Hitler. And another of their friend Martin Luther who becomes a fugitive, March understands that somehow these three are all involved. Witness mentions that Wilhelm Stuckhart killed himself before he had to give an interview to an American reporter Nightingale. The story takes a surprising twist when he comes to know more about Buhler, Stuckhart and Luther and their greediness. They have opened a bank account in Zurich, at first March assumed they might have put a hoard of money or art treasures without the knowledge of Reich but March on inspecting the account he finds documents and one old painting.

Same time on the eve of Adolf Hitler 75th birthday March was kept under custody as he might reveal the secret to the world. What was that March found out through his painstaking investigation? 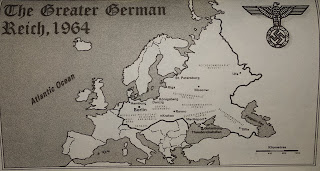 A superb thriller from Robert Harris, all these days I was tagging along with March in the fictitious world of 1964. Like March we too will feel who to believe and who not to believe. The author has created a victorious Germany how their architectural brilliance will be if they have won the war, I remember a documentary of Hitler's Third Reich their ideas of Great Hall, the autobahns etc. A twist during the climax is predictable but a captivating, ingenious fast paced novel.