Review: The Murder on the Links

The Murder on the Links by Agatha Christie
My rating: 4 of 5 stars

My brother used to read Agatha Christie books often when he was studying for medicine. That was the first time I heard about the author. Even though he had recommended reading I was not interested.

So many years have gone, I saw this book in Prime reading and choose to read. I was hooked to her writing style, the twist is unexpected and I will soon follow reading Hercule Poirot adventures.


View all my reviews
Posted by Roop No comments:
Email ThisBlogThis!Share to TwitterShare to FacebookShare to Pinterest

Early Indians: The Story of Our Ancestors and Where We Came From

The author has brilliantly summarized the findings of ancient DNA in this book. Though I had Genetics in my college years, I did not find difficulty in the genetical terms. The author Tony Joseph has taken much pain in explaining the basic concept of genetics. The book looks into how and when modern humans, or Homo sapiens, first arrived in India, what evidence they left behind for us to see, who their descendants are today, who else followed them as migrants to this land of ours, how and when we started farming and building the world's largest civilization of its time. And also he has explained why this civilization declined and what followed after.

The evidence from prehistory is better known and understood by us is through the archaeological excavations, objects made by ancient people, fossils and the DNA of the individuals who were ancient and who are now living.

The author also pointed out why he had published this book. Tony Joseph was fascinated by the Harappan Civilization and the questions left behind by them, what happened to the people who built the largest civilization of the time and where did they go? The book was substantiated by the facts provided by David Reich, Vagheesh Narasimhan, K.Thangaraj, Lalji Singh, etc.

The author has provided the groundwork needed for us in understanding the basics of genetics, mutation of genes, haplogroups, mtDNA and Y - chromosome, the climatic conditions that have prevailed during the study period.

65,000 years ago, Out of Africa migrants entered India, there they found strong competition between archaic humans who were living previously. The migrants endured and they were termed as the First Indians. By 4700 BCE or so, Iranian agriculturists from the Zagros region intermingled with first Indians who then went on to create the Harappan Civilization. The people of Harappan civilization is a mix of the descendants of the First Indians and the Iranian agriculturist migrants.

The author has allotted one entire chapter to the Indus Valley Civilization which he calls "The Harappan Civilization". He also points out the language of the Harappan people is Dravidian, he also provides facts given by David W. McAlpin from his book "Proto Elamo -Dravidian', the similarities between Elamite language and Tamil such as 'umi' (chaff), "ellu' (sesame), 'ni' (you), 'kattil' (cot or throne). 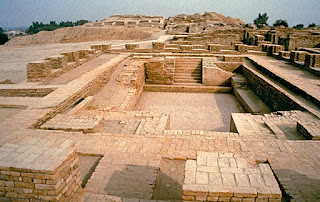 
In chapter four the author touches the controversial subject of Aryan migration. It is been clearly proved beyond doubt by DNA analysis that people from Steppe who dominated Europe entered India during 2000 BCE or 1900 BCE, by this time only they find evidence of their particular Y- chromosome (R1a-Z93) which came from the Eurasian Steppe region.

A remarkable book, an eye-opener and a detailed study on the DNA of ancient Indians. This book made me purchase another book titled "Who We Are And How We Got Here" by David Reich.