Review: James Bond, the Spy Who Loved Me 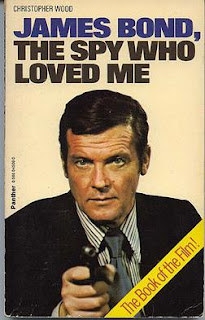 The famous opening scene from the movie.


There are some differences between the movie and the book. Most of the gadgets and jokes are missing in the book, character names changed, such as Karl Stromberg as Sigmund Stromberg. SMERSH attacking James Bond, which scenario removed from the movie. 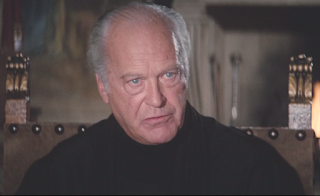 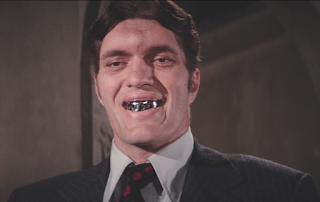 The author Christopher Wood's book follows the plot of the movie and also the author added descriptive backstory for the two main characters Jaws and Stromberg. Christopher Wood pulled out some of the cinematic moments such as Lotus Esprit car chasing scene, fight scene with Jaws on the train, water scooter in the climax, and have replaced with a darker and more realistic tone for the novel.

The Super Tanker
This book is excellent and has the touch of Fleming novels.

Some of scene grabs from The Spy Who Loved Me movie.

Posted by Roop
Email ThisBlogThis!Share to TwitterShare to FacebookShare to Pinterest
Labels: espirit lotus, james bond, roger moore, the spy who loved me